Vizztone has recently signed San Diego blues singer, guitarist, and songwriter Chickenbone Slim (AKA Larry Teves). His Vizztone debut, Serve It To Me Hot, is out today! 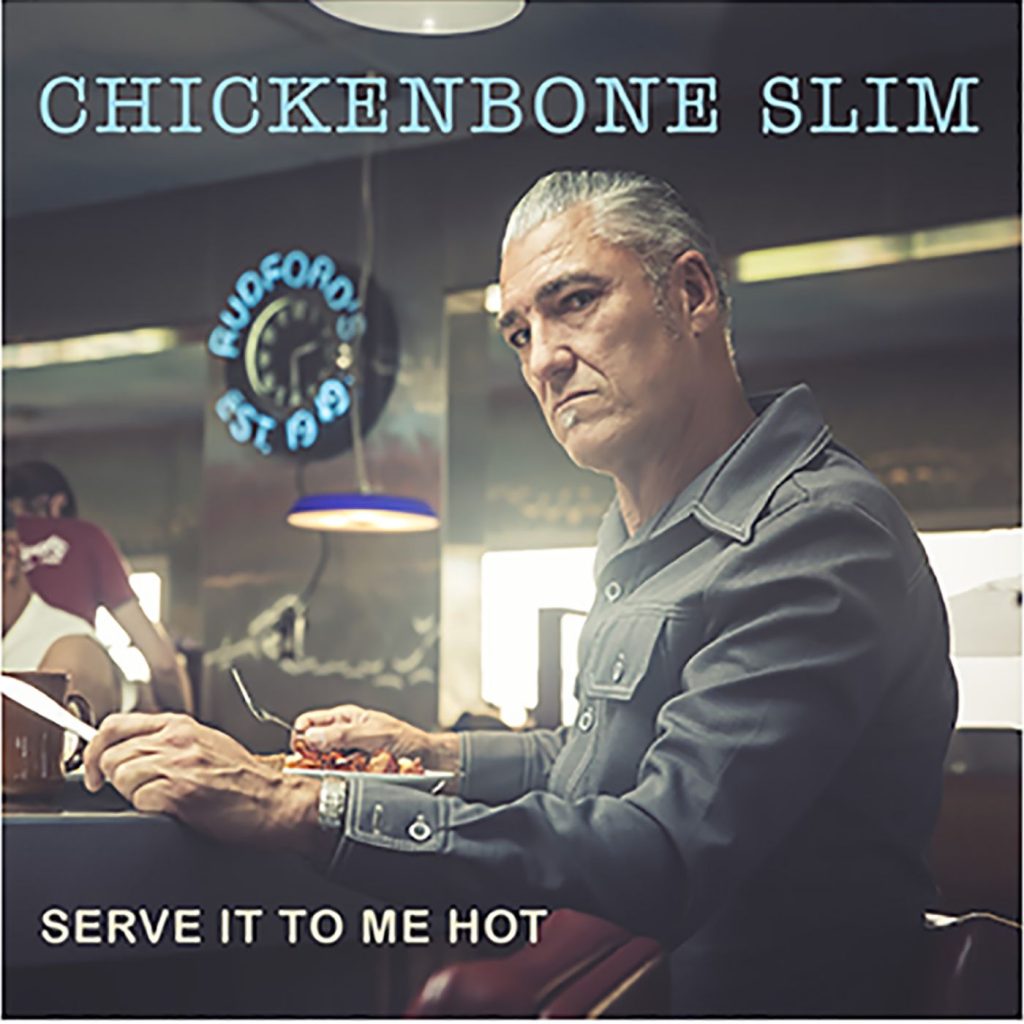 Since forming his band in 2012, Chickenbone has created a reputation for pleasing crowds and impressing critics by mixing traditional Blues with West Coast swing, Americana and Rockabily in a distinctive way.

The album is a collection of all original material including the title track, “Serve It To Me Hot,” cowritten with Andrea Ryan. Chickenbone calls the album Roots Rock — an eclectic mix of short stories with danceable grooves. Slim states, “From my core I’m a blues guy: T-Bone Walker, John Lee Hooker… somewhere between Hound Dog Taylor and  Dave Edmonds. I want people to listen to the songwriting.”

Serve It To Me Hot – Choose Preferred Service