Harmonica player/producer Bob Corritore lovingly assembled a collection of old school down-home Southern blues and juke joint dance numbers, the rough-edged predecessors to modern Chicago Blues, all recorded between 1995 and 2012 and drawn from his vast vault of recordings. 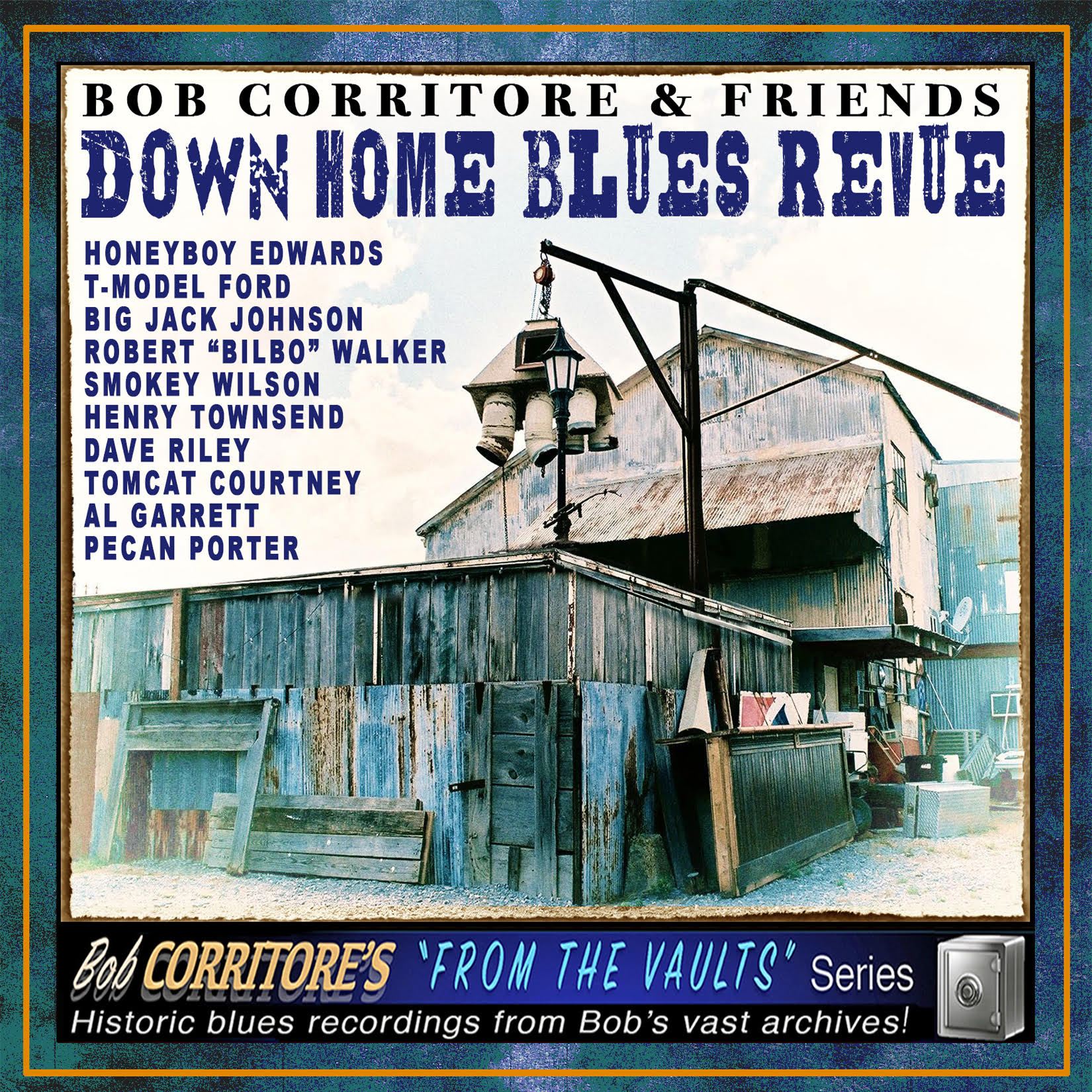 When the 25-year-old Bob Coritore moved from Chicago to Phoenix Arizona in 1981, he never expected to be creating a Southwestern Mecca for the Blues — it just worked out that way. Bob was soon joined by old friend Louisiana Red, and before long they were playing all over town.

Drummer Chico Chism soon followed. Bob started doing a weekly blues radio show, and in 1991 he opened the now legendary blues club the Rhythm Room. He would book his favorite down-home blues artists at the Rhythm Room, and while these artists were in town he would offer a recording session to accompany the booking. The end results were numerous amazing performances captured for posterity and finally available to the public for the first time via Bob’s From The Vaults Series.

The most astonishing thing about Bob is the scores of top bluesmen he has produced, supported and played alongside over the years. Folks like Bo Diddley, Pinetop Perkins, Ike Turner and Eddy Clearwater to name just a few. Corritore is recognized as one of the top traditional blues blues harmonica players in the world.

This album features exuberant performances by Honeyboy Edwards, T-Model Ford, Henry Townsend, Big Jack Johnson, Robert “Bilbo” Walker, Smokey Wilson, Tomcat Courtney, Dave Riley, Pecan Porter, & Al Garrett. Of all these featured Artists only one of them, Dave Riley, is still alive today. All but one track on this album are previously unreleased.

Keb’ Mo’ Releases Live Performance Video of ‘Marvelous To Me’