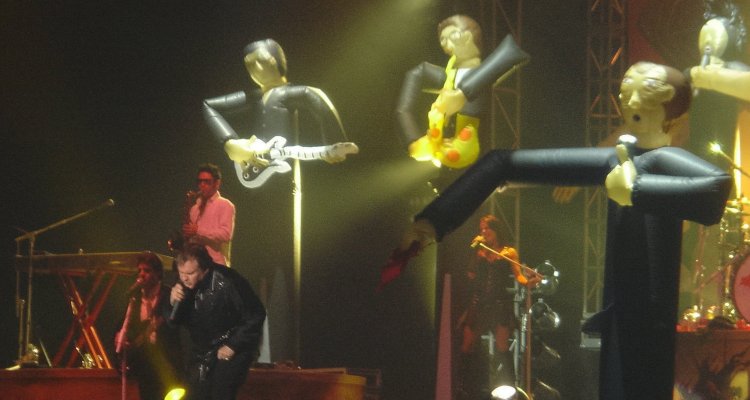 Bat Out of Hell artist Meat Loaf (full name Michael Lee Aday) has passed away at the age of 74.

The Dallas native’s family and representatives took to Facebook to announce the news, writing: “Our hearts are broken to announce that the incomparable Meat Loaf passed away tonight surrounded by his wife Deborah, daughters Pearl and Amanda and close friends.”

The message then highlights some of the Grammy winner’s career accomplishments, including selling north of 100 million albums worldwide and appearing in over 65 films, cult classic Fight Club and 1992’s Wayne’s World among them.

“We know how much he meant to so many of you and we truly appreciate all of the love and support as we move through this time of grief in losing such an inspiring artist and beautiful man,” continues the statement from the team of Meat Loaf. “We thank you for your understanding of our need for privacy at this time. From his heart to your souls…don’t ever stop rocking!”

On social media, all manner of fans and artists are offering kind words and celebrating the life of the “I’d Do Anything For Love (But I Won’t Do That)” singer, who released 12 studio albums across his decades-long career.

“Woke up this morning to the sad news that Meat Loaf had passed away. What a tremendous talent gone way too soon. He was also one of the nicest people anyone could ever want to know. This world is a little less bright without him in it. #RIPMeat,” wrote country artist Travis Tritt.

“My friend Meatloaf contributed more to the American music and theatrical scene than almost anyone you can name. He fought through a rough childhood and chased his dreams till the end. He was a miracle talent on many levels and a genius creator. An American original,” said country singer-songwriter John Rich.

“R.I.P Meatloaf. Love and prayers to all his family and close friends. He once turned me upside down in a Chinese Restaurant in St Johns Wood,” posted Culture Club lead singer Boy George.

“A gentle hearted powerhouse rockstar forever and ever. You were so kind. Your music will always be iconic. I’m sure you’re singing concerts in the great beyond. Rest In Peace sir,” added Velvet artist Adam Lambert.

“Meat Loaf was one of the greatest voices in Rock N Roll, and he was certainly one of my closest friends in the business.  He was really so much fun, truly fun to be around.  He just felt like a best friend to everyone no matter how long it had been since you last saw him,” penned Alice Cooper in the first of five tweets.

Rick Astley and Papa Roach are among the many other members of the music community who have commented on Meat Loaf’s passing, with additional tributes coming in at the time of this piece’s writing.

Provogue/Mascot Present ‘Theme For an Imaginary Western’ Ahead of ‘Legacy: A Tribute To Leslie West’ Release

Chase Atlantic, Dance Gavin Dance and 8 other things you need to check out this week