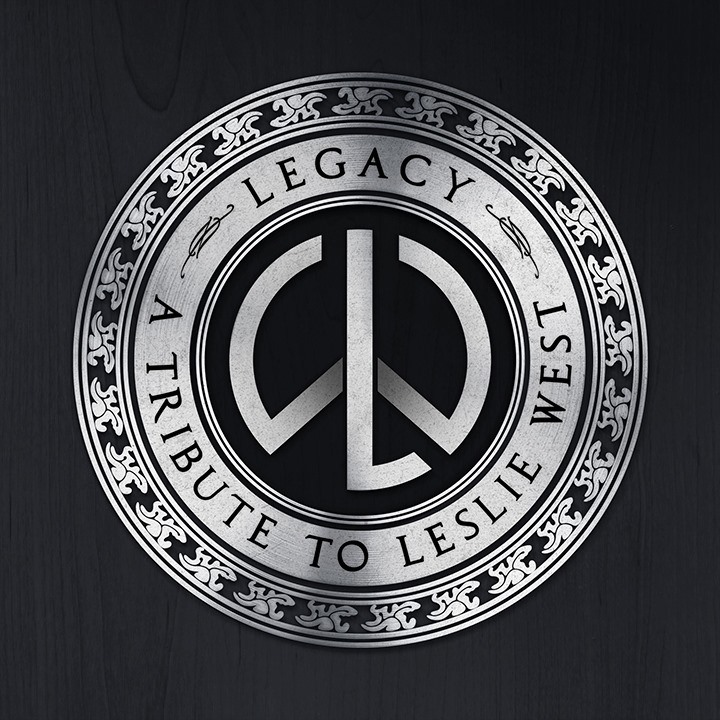 When West passed away in December of 2020, he left behind a towering legacy of epic recordings that few rock guitarists can match. But there was more to him than great songs (although, to be sure, he created a ton of them); there was his brilliant, idiosyncratic sound, a gargantuan earth-mover that razed arenas and stadiums across the globe. More than just paralyzing tone, though, he also had a touch nobody could beat. Stinging, swooning and sensual melodies leapt from his fingertips – with a deft flick of his wrist, he sounded like a Delta bluesman had picked up a violin. These elements and more helped to make West one of the most significant, influential and irreplaceable guitarists of the rock era.

“There was nobody on earth quite like Leslie,” says the guitarist’s widow, Jenni West. “The second you heard him play, you knew it was him. He loved playing the guitar and making music. He lived to make people feel good – it was his passion. He was famous to his fans throughout The World, but he was adored by other musicians. Everybody from country stars, rappers and heavy metal players – they all loved Leslie. He found it surprising, but I think he was also pleased to know how much he inspired other musicians.”

West’s longtime manager, Bob Ringe, agrees, saying, “I’ve worked with some of the greatest guitarists on the planet, and nobody could hold a candle to Leslie. He was so unique and special – his sound, his style, his power and warmth. Any guitarist I talk to has been influenced in some way by him. They broke the mold when they made him, and he took it with him when he passed away. He was a true one of a kind.”

Originally, the album was intended to be a retrospective celebration of West’s music on which the guitarist himself would perform some of his best-loved cuts with notable guests, along with a collection of new tracks. Two weeks before recording was set to commence, however, the guitarist passed away. Once Jenni West, Ringe and Lappen changed gears and put a tribute album in motion, they discovered that the process was far easier than they could have imagined: “We really didn’t have to reach out to many people,” Jenni says. “They came to us. What’s really amazing is, if Leslie himself had whispered into my ear and told me who he would want on this record, these would be the people he would have requested.”

West’s longtime rhythm section of bassist Rev Jones and Bobby Rondinelli laid down brilliant basic tracks for the guest artists to contribute their talents. One of the two exceptions is the dramatic retelling of “Theme for an Imaginary Western” (which West recorded with Mountain for the band’s 1970 debut, Climbing!), which features the walloping drumming of Mike Portnoy and commanding bass work by legendary Quiet Riot / Ozzy Osbourne bassist Rudy Sarzo. Two Twisted Sister alums – singer Dee Snider and guitarist Eddie Ojeda – turn in poignant performances on this grand and sweeping track.

Unquestionably, West’s most famous song remains “Mississippi Queen,” and who better to tackle such a historic sonic behemoth than Guns N’ Roses’ guitar titan Slash? Joining the Rock and Roll Hall of Famer on an absolutely ripping, rifftastic rendition is singer Marc LeBelle, currently riding high as the front man for the band Dirty Honey.

In 1969, West had left his band the Vagrants and began what was to be a solo career, but his album Mountain turned out to be the unofficial debut of the power trio of the same name. From that record, Zakk Wylde chose the tour de force stomper “Blood of the Sun,” and like West himself, he’s a formidable, show-stopping double threat on guitar and vocals.

In later life, West befriended Charlie Starr, singer and guitarist for the band Blackberry Smoke. Starr was in in awe of West, and he selected the soulful gem “Silver Paper” (from Climbing!) as his way of remembering his late pal. Responding to the muscular rhythm section of Rev Jones and Bobby Rondinelli, as well as the bravura keyboard playing of Mike DiMeo, Starr laser beams on the song’s joyous spiritual center and doesn’t let go. “I love ‘Silver Paper,’ and it’s got one of the coolest guitar licks of all time,” says Starr. “Leslie played exactly what the song needed; his timing was impeccable. He played way back in the pocket, and it was so nasty and so great – the kind of things that you aspire to. I’m very proud to be part of this project. God bless Leslie West.”

Doors legend Robby Krieger also knew West well – the two had shared numerous concert bills through the decades. “The coolest thing about Leslie was the way he played blues – it was just very natural,” he says. “He and Clapton were the best at the time. They just had the feel for the blues. Maybe in their former lifetimes they were blues guys.” Krieger picked a deep cut for his tribute – the ripping barn burner “The Doctor,” from the 1972 album Why Dontcha by West’s power trio supergroup West, Bruce and Laing (featuring Cream’s Jack Bruce and Mountain’s Corky Laing) – and he burns spectacularly on the song’s dizzying, slippery lead lines. Rising to the occasion, singer Ronnie Romero, a veteran of bands like Lords of Black, Rainbow and the Michael Schenker Group, howls with grit and grace.

As the album unfolds, more treasures are revealed: The celebrated father/son duo Bachman and Bachman seamlessly splice two tracks from 1976’s The Leslie West Band – “Money” and “By the River” – and fold them into one feisty, good-time flame thrower. Cars’ guitar star Elliot Easton is paired with singer Ronnie Romero on a sparky and frisky take on “Sittin’ on a Rainbow” (from Climbing!) – Easton’s fluid style is a spot-on fit for West’s country-flavored solo. Climbing! is revisited once more with “Never in My Life,” which features a go-for-the-throat repeat performance by Dee Snider and the paint-peeling guitar work of former Dokken lead picker. And Dixie Dregs/Deep Purple guitar god Steve Morse (along with a return trip by Ronnie Romero) heads into the outer limits, firing off leads that are by both spacey and fiery, on the gnashing title cut of Why Dontcha.

“Long Red” is one of the most fascinating songs of West’s career. First featured on the guitarist’s 1969 solo album, it was also a highlight of the 1972 Mountain album, Live: The Road Goes Ever On. Over the years, the psychedelic-funk groover has grown in stature thanks to the mind-boggling number of hip-hop artists – everyone from Kendrick Lamar to Kanye West to Ice-T – who have sampled it on mega-selling hits (even Mariah Carey used it on her 2014 cut “Money”). Here, international guitar icon Yngwie Malmsteen (backed by the ace rhythm section of drummer Bobby Rondinelli and bassist Rev Jones) locks into the bluesier aspects of the song and injects his own inimitable shred madness – and the results are wicked. With singer Teddy Rondinelli flooring it full-throttle, it’s a stone-cold slam dunk.

Jenni West sums the album up thusly: “Nobody in this world has ever made me feel loved as much as Leslie, and I feel so honored and grateful that I could give him this gift.” She laughs. “He would often say, ‘If it doesn’t make my balls rumble, it’s not right.’ And I think there’s some balls-rumbling tones on this record! When you’re listening to it, you might even think it’s Leslie playing – and that’s a good thing. He really believed that adage of imitation being the sincerest form of flattery. Even when some of the players do their own twists on the music, they’re still doing it in a way that’s authentic and respectful, and Leslie would have appreciated that.”